Warning: Use of undefined constant _adsense_inserter - assumed '_adsense_inserter' (this will throw an Error in a future version of PHP) in /home/customer/www/thinklandingpages.com/public_html/wp-content/plugins/adsense-inserter/settings.php on line 86

Warning: Use of undefined constant _marketing_magnet - assumed '_marketing_magnet' (this will throw an Error in a future version of PHP) in /home/customer/www/thinklandingpages.com/public_html/wp-content/plugins/marketing-magnet/settings.php on line 142

Warning: Use of undefined constant _popup_express - assumed '_popup_express' (this will throw an Error in a future version of PHP) in /home/customer/www/thinklandingpages.com/public_html/wp-content/plugins/popup-express-pro/settings.php on line 312 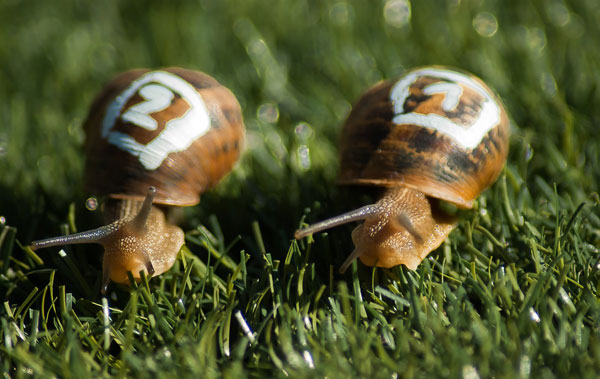 There is an ongoing debate that will never end. On one side you have people like Peter Thiel, co-founder of Paypal, that say you should look only for markets that have no competitors.

On the other side, you have copycats who only look for markets where there is so much competition that its hard to differentiate anybody.

I believe the best approach to competition is to look for the middle ground.

The middle ground of competition

So, what is the middle ground?

Is it one, two, or ten competitor? Is it a percentage of the overall target market divided by the number of key companies competing for customers?

What is a viable market?

The first question we have to answer is, What is a viable market? A viable market is a market where there is enough demand for a product or service that it can support the goals you want to reach for your company given any number of competitors.

A viable market is thus measured in the percentage of the market revenue that your company can capture given any number of competitors. Ultimately a monopoly, as Peter Thiel argues is his book Zero to One, is the best position to be in because you would have 100% of the revenue from a viable market; meeting your goals.

Having a smaller percentage of a market rather than a complete monopoly can still support your goals.

Starbucks is a very successful business. They only have about 16% of the coffee market. WordPress, although growing, only has about 20% of the website market.

Why am I writing this and why does it matter

I’m writing this because I don’t want you to make your decision to go into or not go into a market base on the number of competitors.

I once worked with a guy that could prototype a new software idea in a night. He would go home with an idea and the next day he would have a working site that any startup today could launch with.

One day he came to work and showed me a chat program he created. It had multi-user accounts, live chat, and an all around nice look to it.

I asked him what he was going to do with it.

He said, “I’m not going to do anything. There are too many competitors.” He said he needed to create a product that no one else had created, then he would think about starting a business.

I told him he should launch it as a business application for businesses to use to talk with and get feedback from their customers. Yes, there were other companies doing this, but there was a viable market.

He decide to do nothing; letting the software collect dust instead. Since then, there have been several successful chat/polling startups; Qualaroo being one of the most successful.

Too many times I hear the same things. There is too much competition. I have to create something unique that no one else has done. This is bad advice.

It’s not that you don’t have to be unique. You must differentiate your business from others, but to believe that you need to create a product that no one else has created or you will not succeed is nonsense.

You still must excel

Now, don’t be deceived, you have to excel in your market if you want to succeed. This is true whether you have three competitors or fifty.

Years ago, my mother-in-law sold purses in a very famous, high traffic flea market; the New Orleans’ French Market. When she first started, there were a select few purse and wallet dealers in the market. The market by-laws forbid the management from allowing too many vendors with the same merchandise.

Over many years she got good at knowing what would be in style. She made sure she stocked those items well. She also moved into the heavy traffic center aisle; reserved for those vendors with more seniority.

The market became over saturated with purses. It became such a struggle to make enough sales, that she eventually left the market completely.

The competition was too great with no way to differentiate.

Target a viable market or lose

We see this same scenario a lot in the technology world. Start a blog about hair care or cars or some other thing that may interest you. Write a book and sell it on Amazon. Start a t-shirt business without having to print the shirts.

The problem with all of these ideas is, on the surface, they target an industry, a market place, or a type of product. They don’t specifically target a viable market.

The better approach is to look for a viable market. Start a hair care blog specifically aimed at women who are loosing their hair. Write a book to teach electrician’s helpers how to become an electrician. Create t-shirts made from 100% organic cotton for toddlers. These businesses will at least have a narrowly defined market to test for viability.

Ultimately, don’t let competition be the single indicator to start or not start a business. Determine if there is a viable market; one that allows you to meet your goals. If there is, then go for it without worrying too much about the competition.

Categories
How To Get 4,692 Subscribers
The step-by-step guide to more conversions